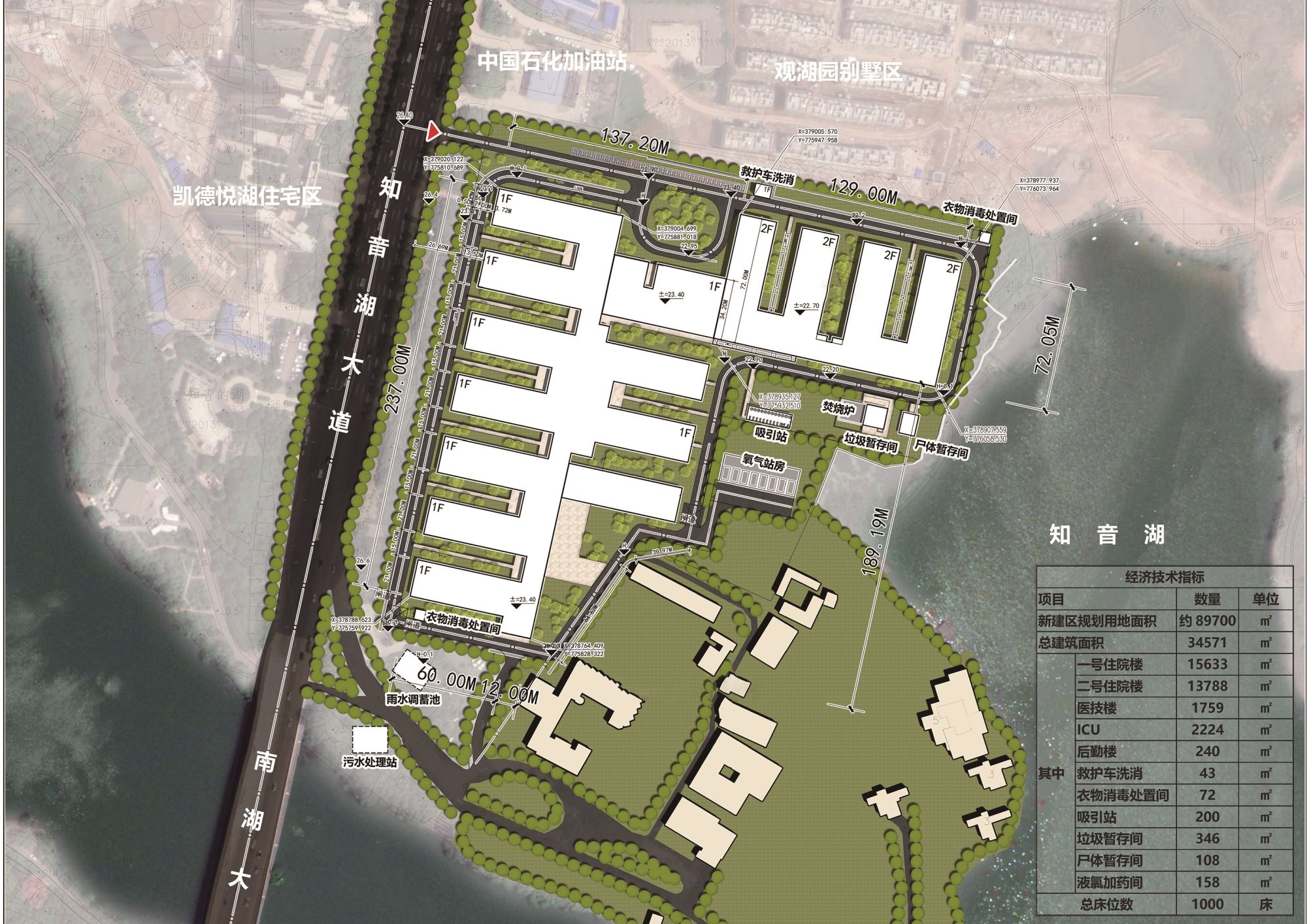 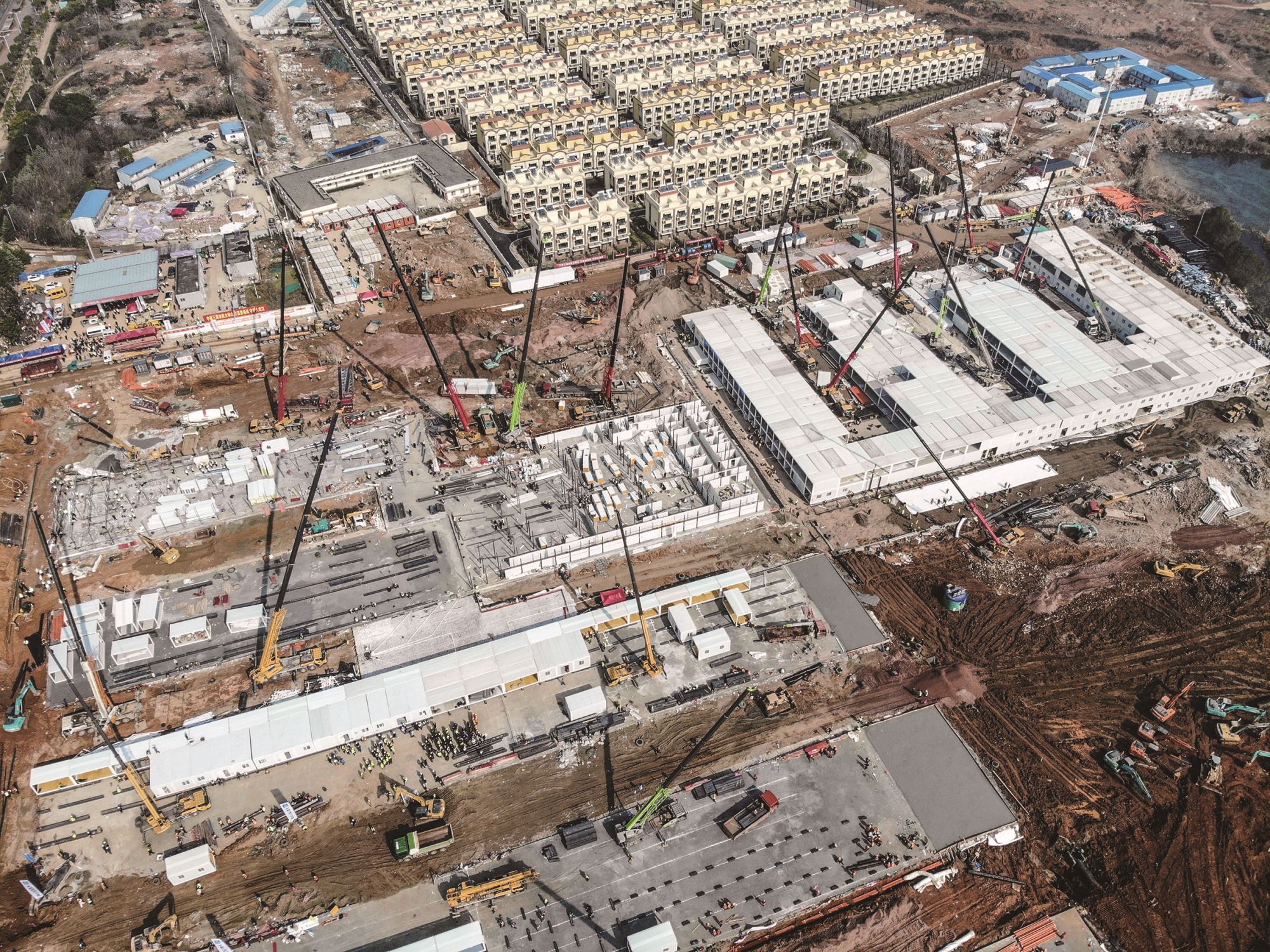 Huoshenshan Hospital is located near Zhiyin Lake in Wuhan’s Caidian District. The hospital site is next to the Worker’s Sanatorium. Prior to the construction of the hospital, the site was deserted, with an undulating terrain occupied only by a line of temporary buildings and a three-story house, as well as some weeds and bushes.

The most obvious merit of the site was that the architectural complex in the northern part of the base was incomplete. The vast surface of the lake covers the eastern and southern parts of the base, which is good for isolating the hospital from the outside. However, this site also faced many problems that needed to be resolved. Several key examples are listed below.

1) As Zhuyin Lake is a critical part of Wuhan’s river system, the utmost safety measures needed to be taken; 2) The western part is a residential area, so isolation in terms of physical space and psychological space needed be taken into consideration; 3) Outside the site, there is only one road to the city, which could make transportation difficult; 4) The site was undulating, with a maximum difference in altitude of about 10 meters. As field engineering involves a tremendous amount of construction, there was a need for technical proposals bearing in mind the need for speedy construction to be put forward; 5) The vertical relationship between the perennial water level and the highest water level needed to be taken into consideration; 6) Any negative influence of the facility needed to be mitigated by guaranteeing the safety of the medical care personnel on the leeward side of the Worker’s Sanatorium in the medical quarantine area.

The following strategies were adopted to address the above issues.